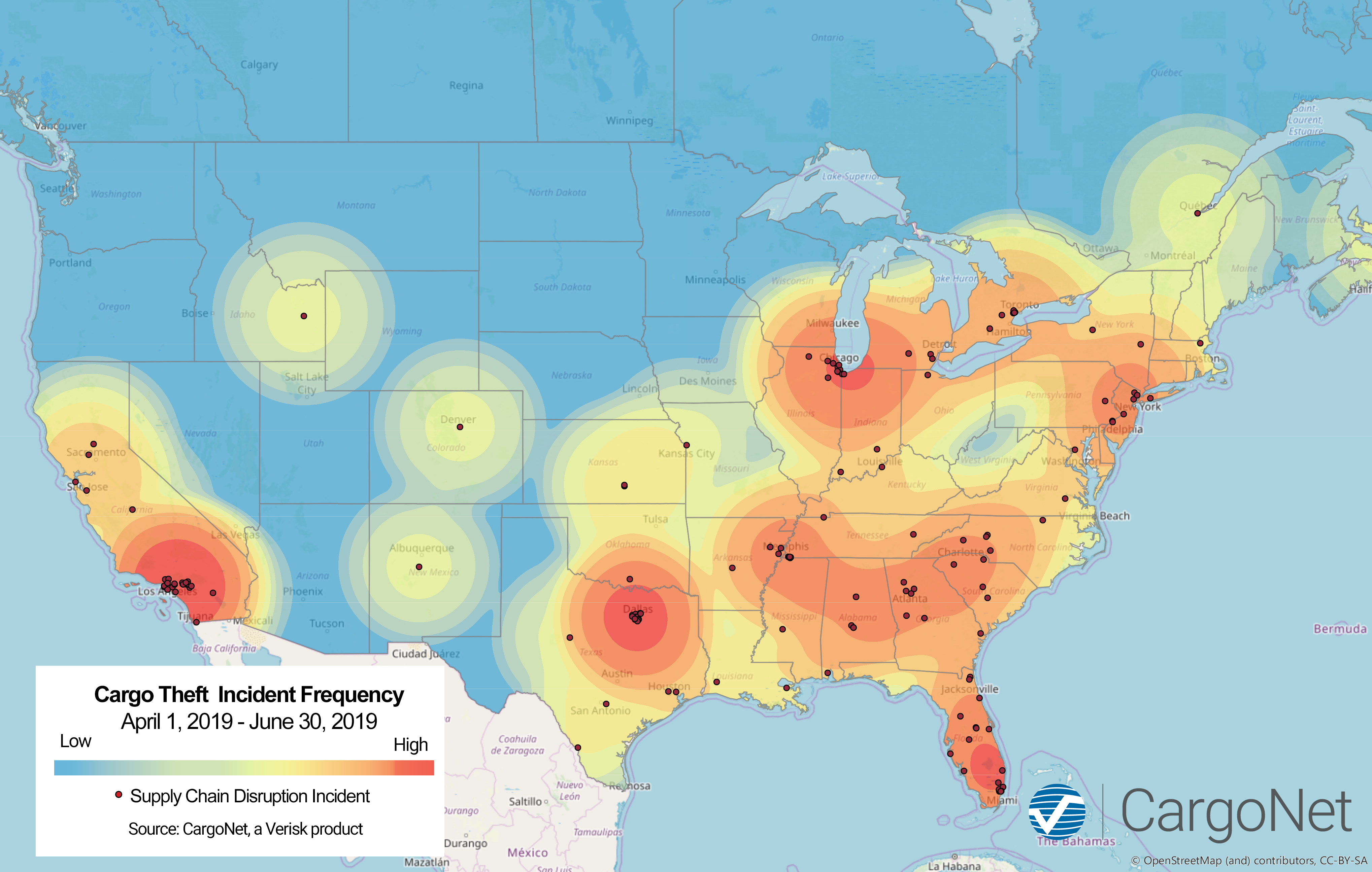 JERSEY CITY, N.J. — In the second quarter of 2019, CargoNet® recorded 308 supply chain risk events in the United States and Canada. Of those recorded events, 50% involved theft of one or more vehicles, and 55% involved theft or a chain-of-custody issue with a shipment. In the second quarter of 2019, there were 150 cargo theft events, a decrease of 14% from second-quarter 2018. The average cargo value per cargo theft was $152,844, for an estimated total of $22.9 million in cargo stolen across the United States and Canada in this analysis period. CargoNet is a Verisk (Nasdaq:VRSK) business.