JERSEY CITY, N.J. — Extended closures during the upcoming holidays bring extended opportunities for cargo thieves to strike. CargoNet examined theft data from December 23 to January 2 from 2014 to 2018 to help businesses mitigate increased theft risks. The upcoming holidays follow a particularly busy November, in which CargoNet recorded a 14% increase in reported incidents over the previous month. CargoNet® is a Verisk (Nasdaq:VRSK) business.

Cargo thefts were reported in 24 states, with 18 percent of cargo thefts in this analysis occurring in California, 16 percent in Texas, and 12 percent in Georgia.

Thirty-two percent of cargo thefts involved food and beverage freight. Poultry, beef, or pork products were the most stolen kind of food and beverage product; but cargo thieves also targeted nonalcoholic beverages, fresh fruits and vegetables, alcoholic beverages, and seafood. Household products, namely furniture and major appliances, were the next most stolen category of freight, making up 16 percent of cargo thefts in this analysis. 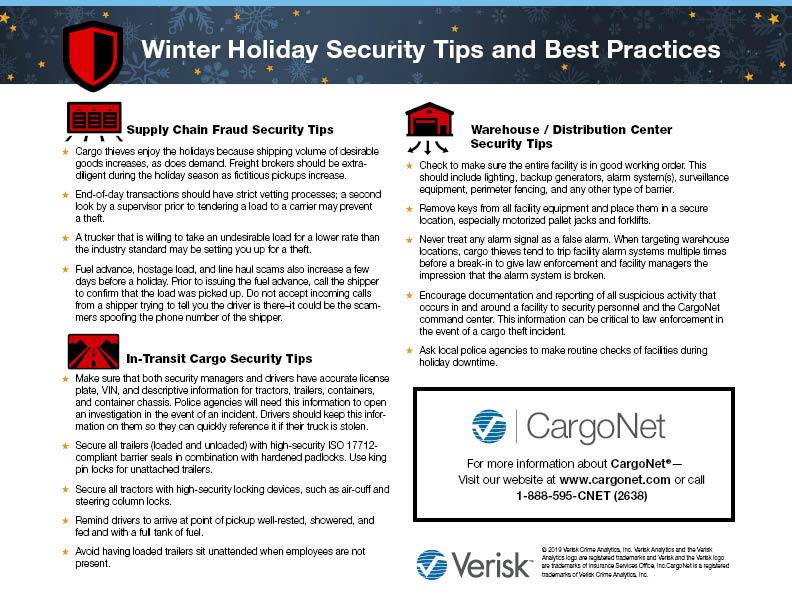