JERSEY CITY, N.J. December 21, 2021 — CargoNet® has reviewed theft data from a ten-day analysis period spanning December 23 to January 2 for the past 5 years in order to help supply chain professionals secure their supply chains for the upcoming holiday period. There were a total of 185 theft events recorded for an average of 37 events per holiday period. The average stolen shipment was valued at $151,199. Theft was highest during the 2016 holiday during which CargoNet recorded 51 theft events.

Activity was lowest on Christmas Day, but the two days prior accounted for 24 percent of volume in the analysis period and we note that when the exact day of theft is not known, our statistics assume the event occurred on the first possible day in the range. Our analysis also showed a spike in theft on December 23, December 31, and January 1 - which had the most activity of any other day in the analysis. Theft activity was most frequent in Dallas County, TX, Shelby County, TN, Miami-Dade County, FL, Cook County, IL, and San Bernardino County, CA. Cargo thieves most commonly targeted shipments of computer electronics, televisions, major appliances, and all kinds of alcoholic and non-alcoholic beverages.

Going into this holiday season, we are most concerned about continued theft activity involving shipments of computer electronics, printer ink, designer apparel, beauty products, tires, and major appliances throughout the Southeastern and Midwestern United States.

Organizations can step up security by arranging for same-day delivery of short-haul shipments, embedding covert tracking devices, and by using high-security locks to prevent trailer burglaries. Drivers should not leave their vehicles or shipments unattended, especially within 250 miles of pickup. Drivers should also be on the lookout for any vehicles that appear to be following them. 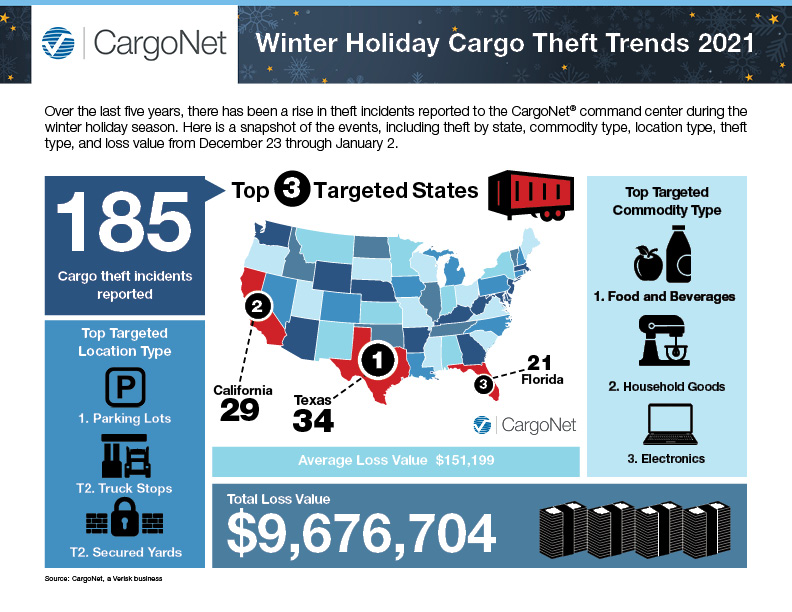 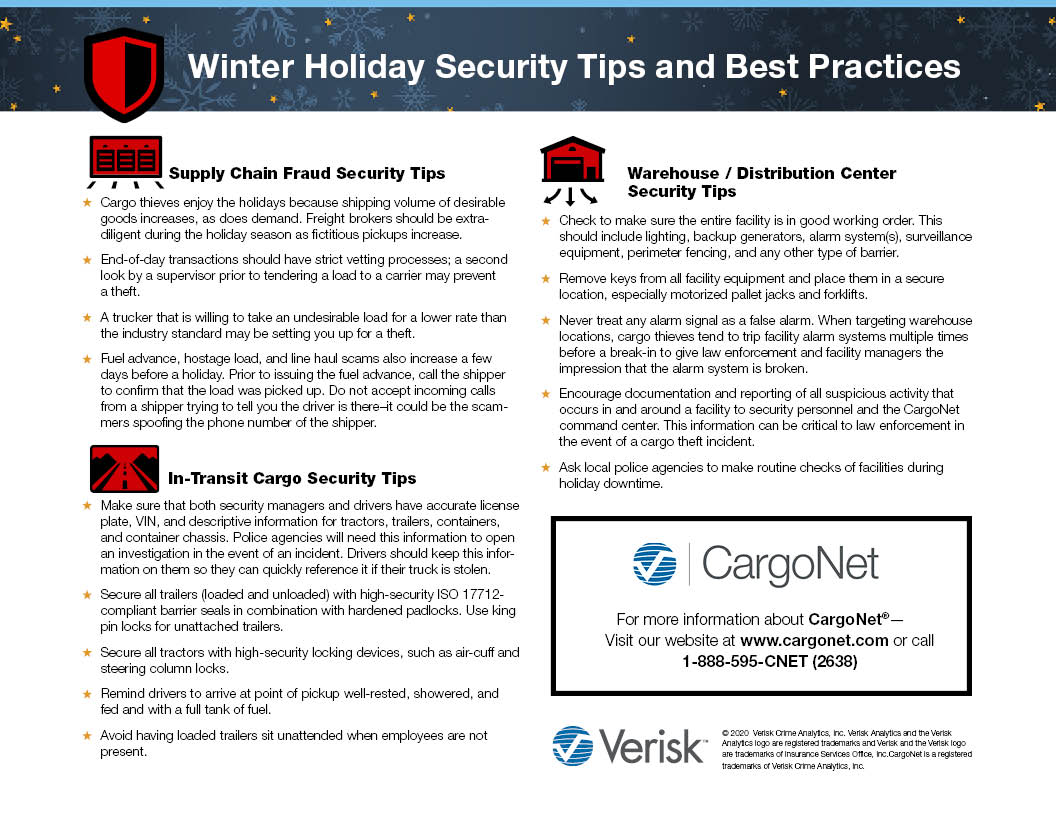