JERSEY CITY, N.J., November 15, 2021 - With the ongoing supply chain crisis, it is more important than ever to make sure that valuable freight reaches its destination safely. CargoNet's statistics show that there is enhanced risk of cargo theft around holiday periods as cargo thieves see extended closures of businesses as an opportunity to steal freight without detection. CargoNet is a Verisk business.

Theft reports were most common in states that have cargo theft problems throughout the year; this includes California, Texas, Illinois, Georgia, and Florida.  Cargo thieves targeted shipments of televisions, major appliances, mixed electronics, and alcoholic beverages the most in this analysis period.

Threats to Shipments this Holiday

Organizations can step up security by arranging for same-day delivery of short-haul shipments, embedding covert tracking devices, and by using high-security locks to prevent trailer burglaries. Drivers should not leave their vehicles or shipments unattended, especially within 250 miles of pickup. Drivers should also be on the lookout for any vehicles that appear to be following them.

*Footnote: Analysis period is defined as the Tuesday prior to Thanksgiving to Monday after Thanksgiving for 2016 through 2020. 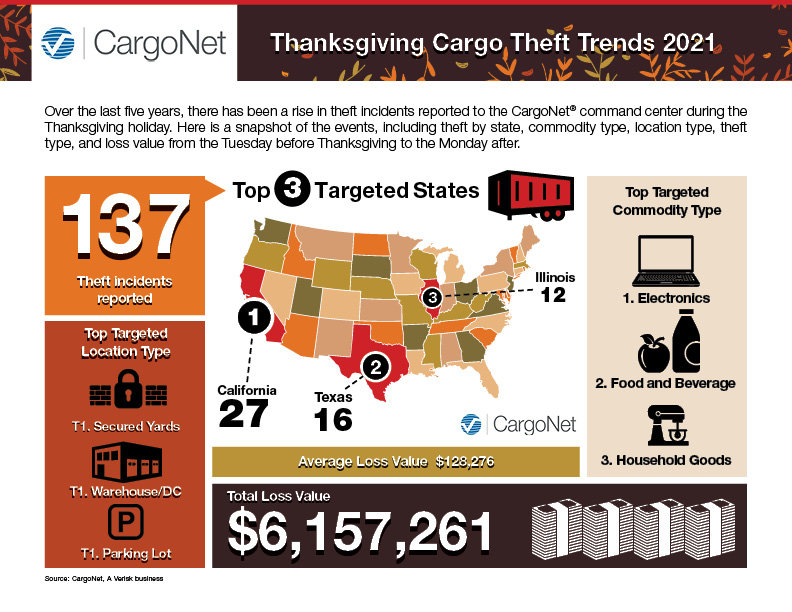 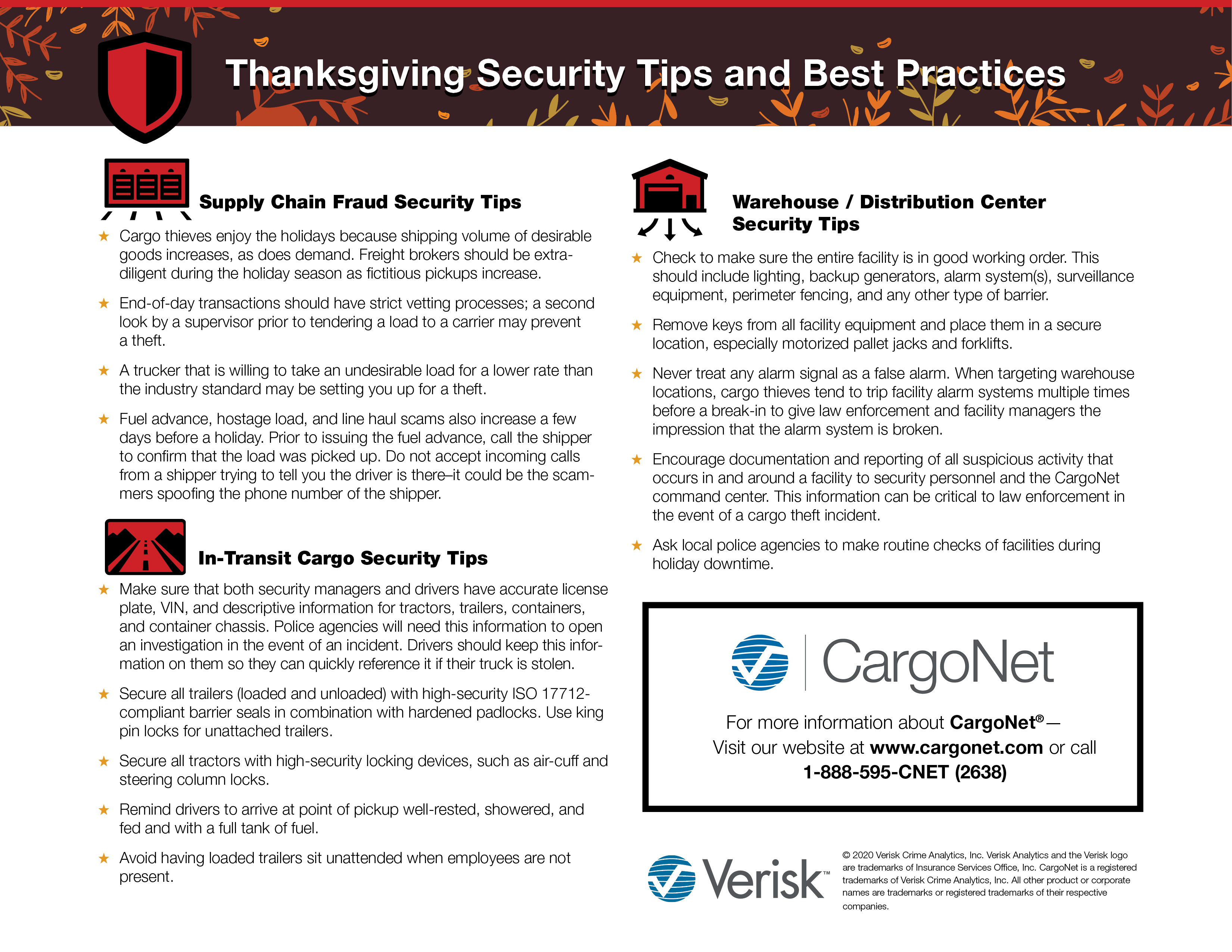