JERSEY CITY, N.J. — Thanksgiving is fast approaching, and enterprising cargo thieves will seek to exploit the abundance of unattended trailers and warehouses loaded with desirable cargo. CargoNet ® is a Verisk (Nasdaq:VRSK) business.

CargoNet analyzed data from the Tuesday before Thanksgiving to the Monday after Thanksgiving for 2014 to 2018 and found cargo thieves stole $5.5 million in cargo, 72 semitractors, and 65 semitrailers across 81 reported theft events. Twenty-five percent of theft events in this analysis occurred in California, 14 percent in Texas, and 12 percent in Florida. Cargo thefts were reported in 16 states.

According to CargoNet data thefts were highest on Wednesday. In 52% of those records, the cargo was first left unattended on Wednesday and not discovered to have been stolen for quite some time – a median of 28 hours.

food or beverage commodity; cargo thieves most sought out nonalcoholic and alcoholic beverages. Electronics like televisions, cell phones, and video game consoles were the second most stolen commodity. 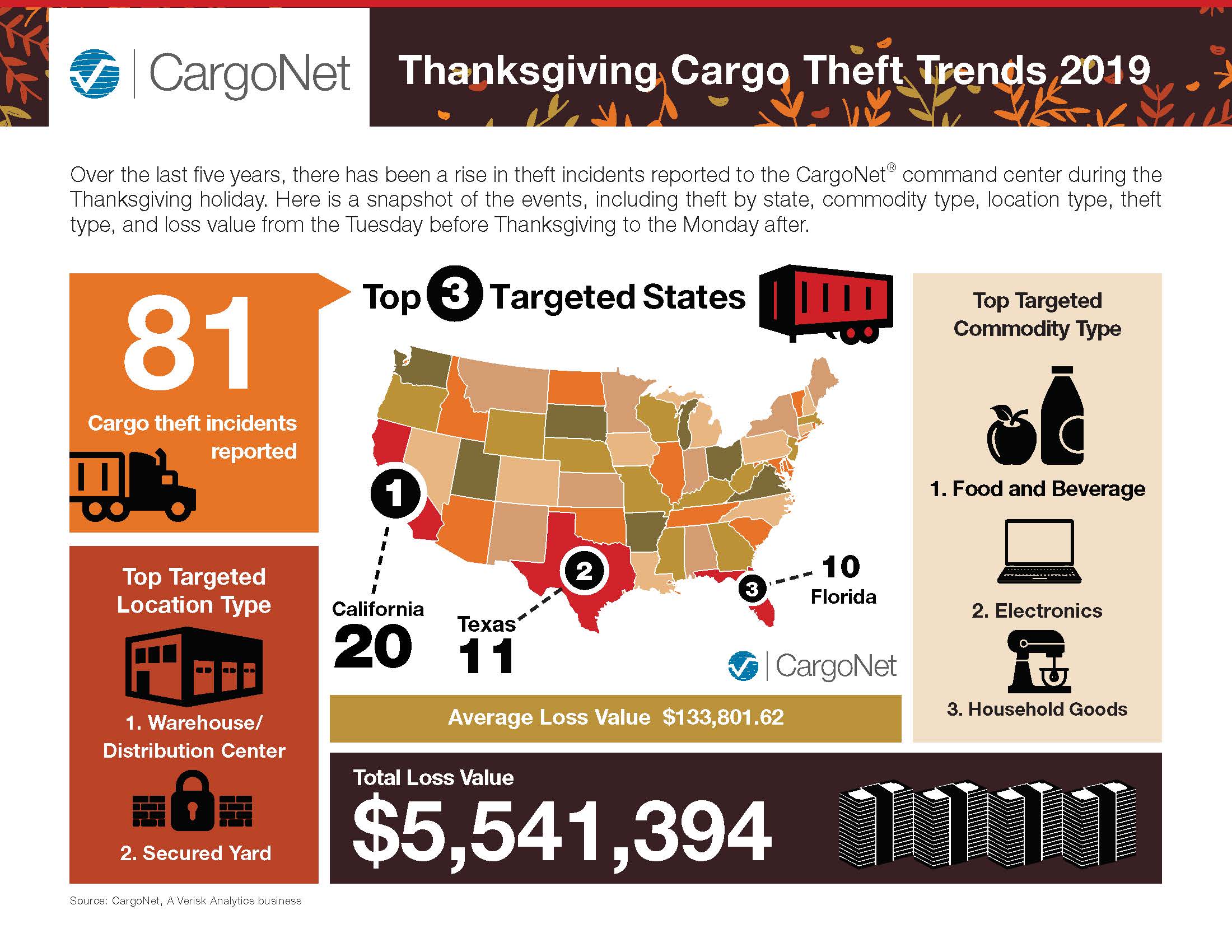