JERSEY CITY, N.J. — Thanksgiving is fast approaching, and enterprising cargo thieves will seek to exploit the abundance of unattended trailers and warehouses loaded with desirable cargo. We expect activity to be higher this holiday season than previous years, because publications report consumer confidence is at an 18-year high and shoppers plan to spend more this year than in recent seasons. CargoNet® is a Verisk (Nasdaq:VRSK) business.

CargoNet analyzed data from the Tuesday before Thanksgiving to the Tuesday after Thanksgiving for 2013 to 2017 and found cargo thieves stole $9.4 million in cargo, 79 semitractors, and 95 semitrailers across 108 reported theft events. Twenty percent of theft events in this analysis occurred in California, 14 percent in Texas, and 12 percent in Florida. Cargo thefts were reported in more than 20 states.

According to CargoNet data, thefts were highest on Wednesday, and from the data, we can see that many drivers parked their vehicles Wednesday and did not return until after the holiday.

Twenty-six percent of reported cargo thefts involved a food or beverage commodity; cargo thieves most sought out nonalcoholic and alcoholic beverages. Electronics like televisions, cell phones, and video game consoles were the second most stolen commodity. 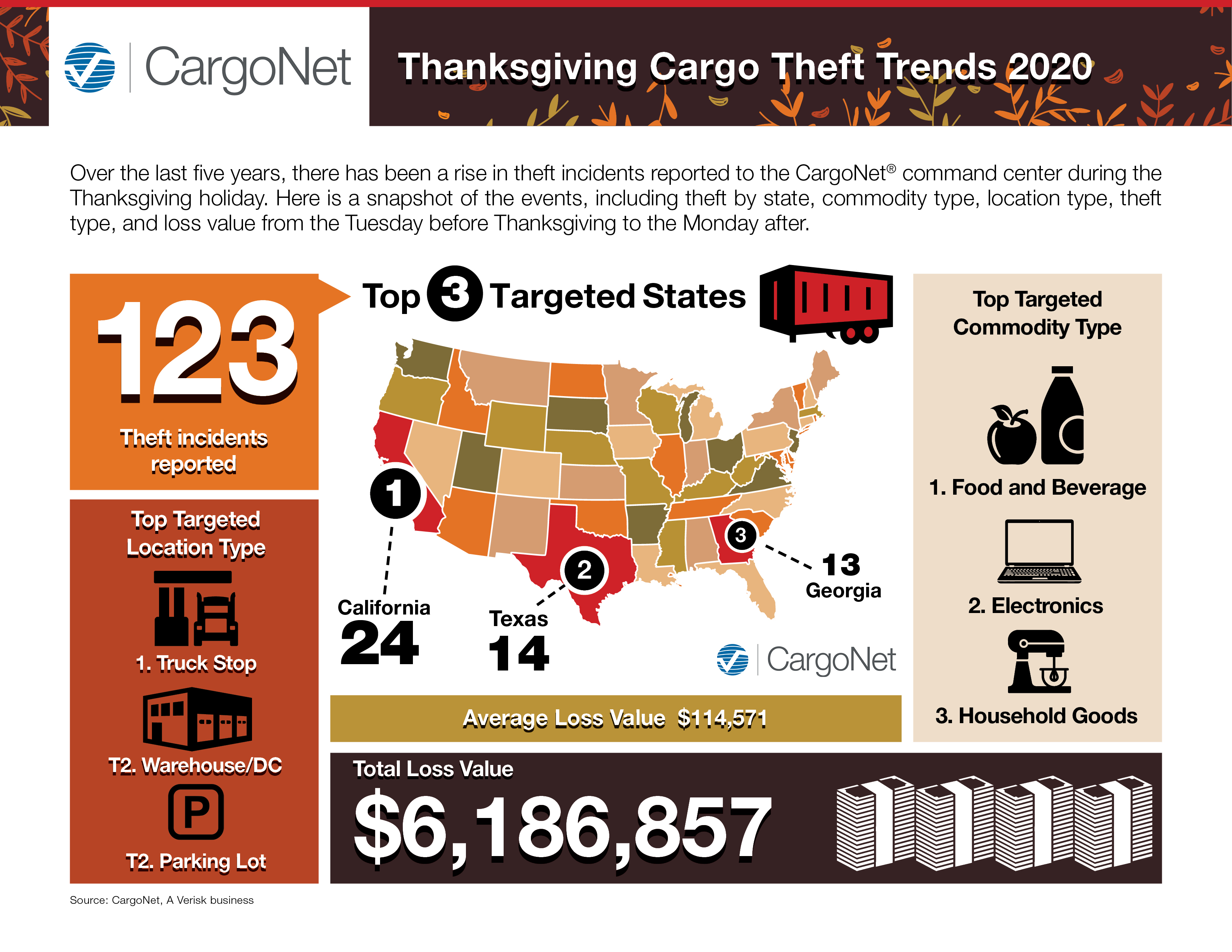 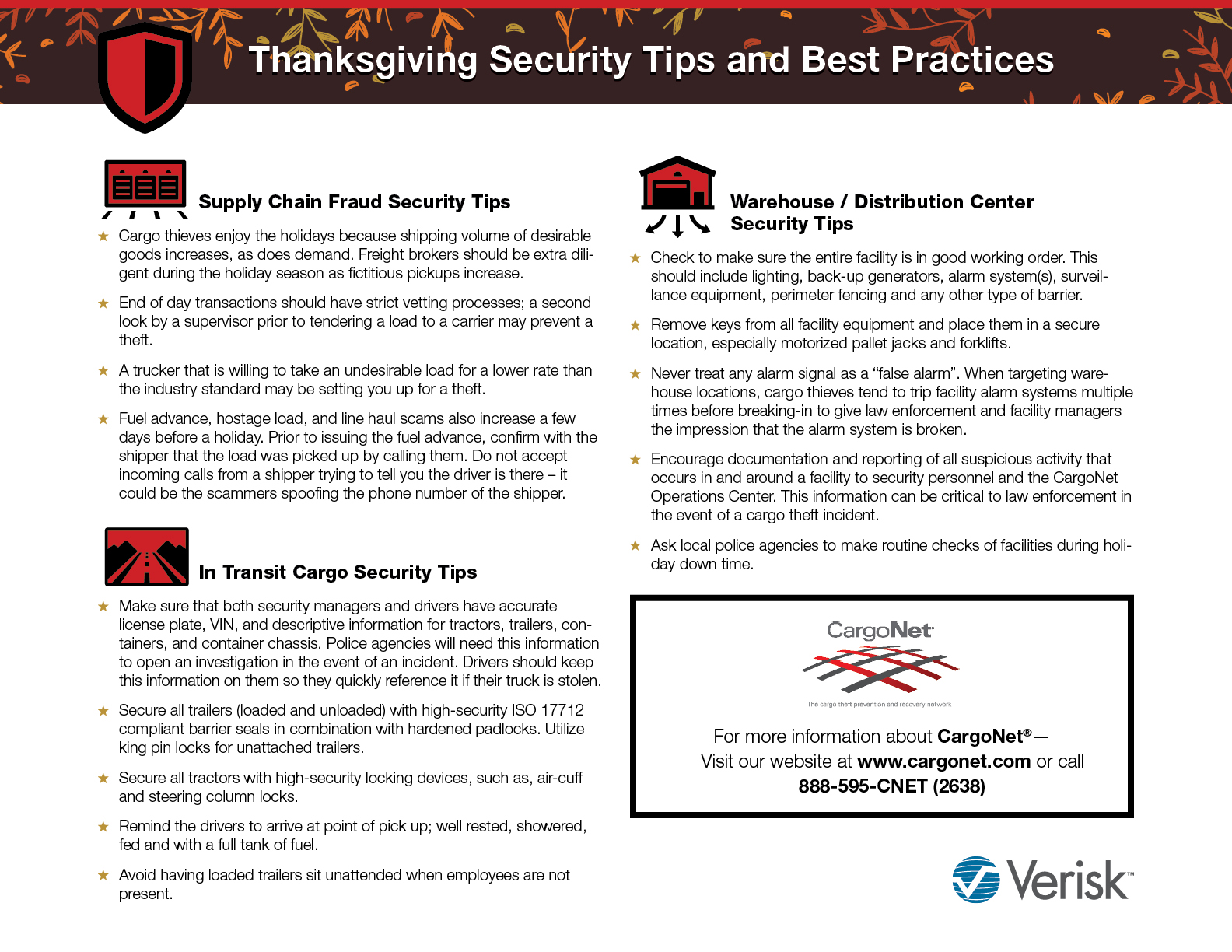