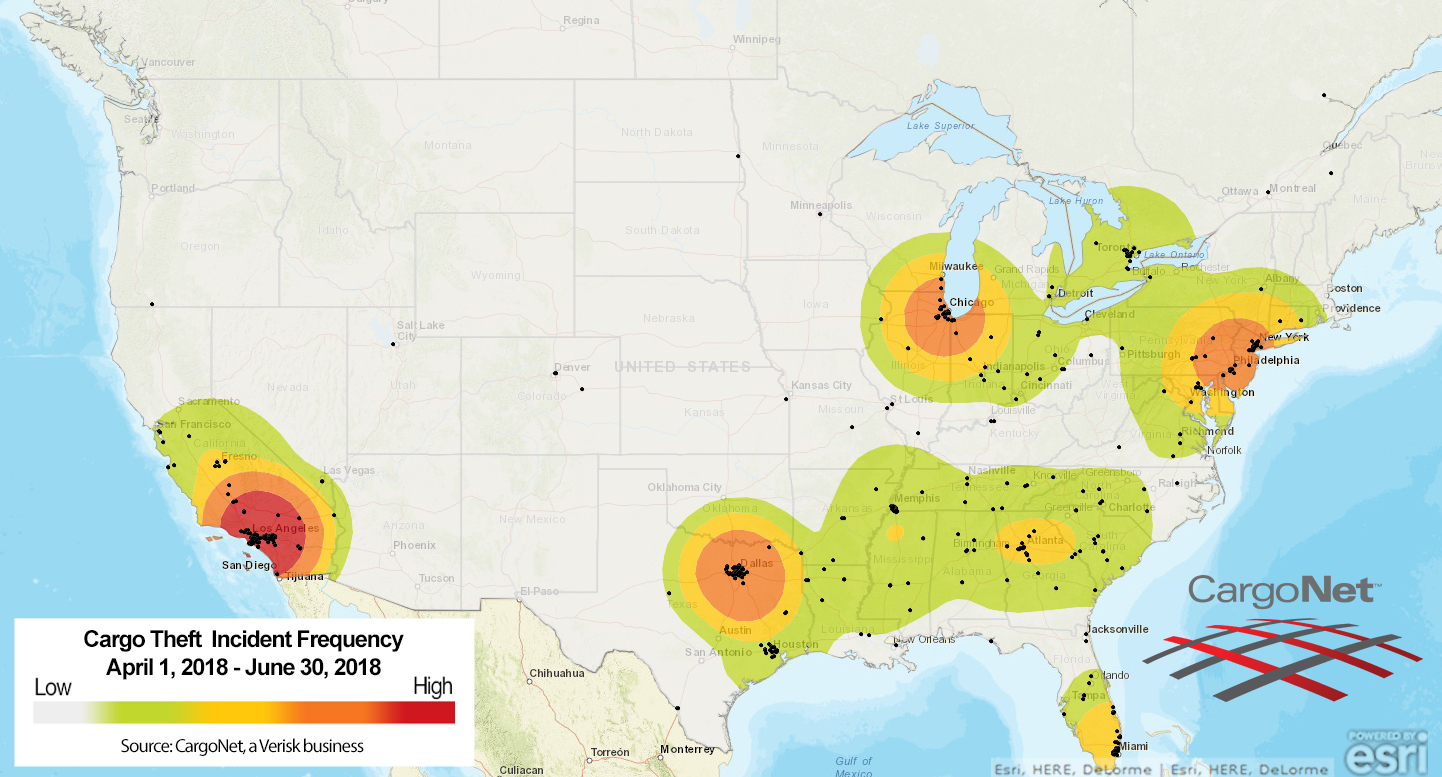 JERSEY CITY, N.J. — In the second quarter of 2018, CargoNet® recorded 328 supply chain risk intelligence events in the United States and Canada. Sixty-four percent of incidents involved a stolen vehicle, and 48% involved stolen cargo among several other kinds of events, such as identity theft, missing drivers, and police intelligence. In total, CargoNet recorded 157 cargo thefts across the United States and Canada in second-quarter 2018, a 4% decrease from second-quarter 2017. The average cargo value per theft event was $186,779, for a total estimated loss of $29.3 million across the United States and Canada in this analysis period. There were 342 stolen vehicles recorded, including 120 semi-tractors and 155 semi-trailers.
California reported 34 cargo thefts in second-quarter 2018; thefts in the state were down 21% from second-quarter 2017. Florida was a distant second place, with 22 reported cargo thefts. CargoNet also recorded an increase in cargo theft in the province of Ontario and the state of Illinois. We also note that one of the top states for cargo theft, New Jersey, continued a downward trend in theft.

Food and beverage cargo thefts continued to decrease. CargoNet recorded just 25 thefts of food and beverage freight, down from 34 in second-quarter 2017. Household products became the most stolen commodity, and within this category, cargo thieves most often targeted major appliances, mixed household goods, and tools. CargoNet recorded a 133% increase in theft of metal shipments, particularly aluminum and copper. CargoNet issued its first warning of an anticipated increase in theft of metal shipments on April 18, 2018. The warning was based on a spike in metal thefts in both Canada and the United States along with high copper and aluminum commodity prices. Thefts of metal shipments appear to be highly correlated to current market price, and logistics firms can use market conditions as an indicator of theft risk for this commodity.