JERSEY CITY, N.J. — As most Americans enjoy grilling with family and an extra day off this July 4th holiday, cargo thieves will be seeking to get rich by stealing truckloads of food and beverages, electronics, and major appliances. CargoNet® analyzed cargo theft data in the United States and Canada from July 1 to July 7 for the past six years and noted that those were some of the most popular theft categories.

In the analysis period, 107 cargo theft events in the United States and Canada were reported. Reports were most common in California, Texas, and Florida, respectively. There were 25 states or provinces in total that experienced some cargo theft in this reporting period. Cargo was most commonly stolen on Friday, with 25 reported thefts. CargoNet estimates $13.23 million in losses during this reporting period, and the average loss value per incident equaled $217,041.

Truckers should avoid leaving cargo unattended in high-theft areas such as Los Angeles, Dallas–Fort Worth, Chicago, Atlanta, and Miami. And they should park in high-security locations with security services, secure fences, and high-visibility lighting.

We extend our advisory to warehouse operators as well. CargoNet data shows that several sophisticated warehouse burglaries of desirable items like computers, cell phones, and fragrances occurred in Miami Metro, Las Vegas Metro, and Northern New Jersey over the Fourth of July holiday. Make sure facilities are alarmed and treat every alarm activation as a break-in. Burglary crews will purposely trip the alarm multiple times to make authorities and facility operators think the system is malfunctioning. 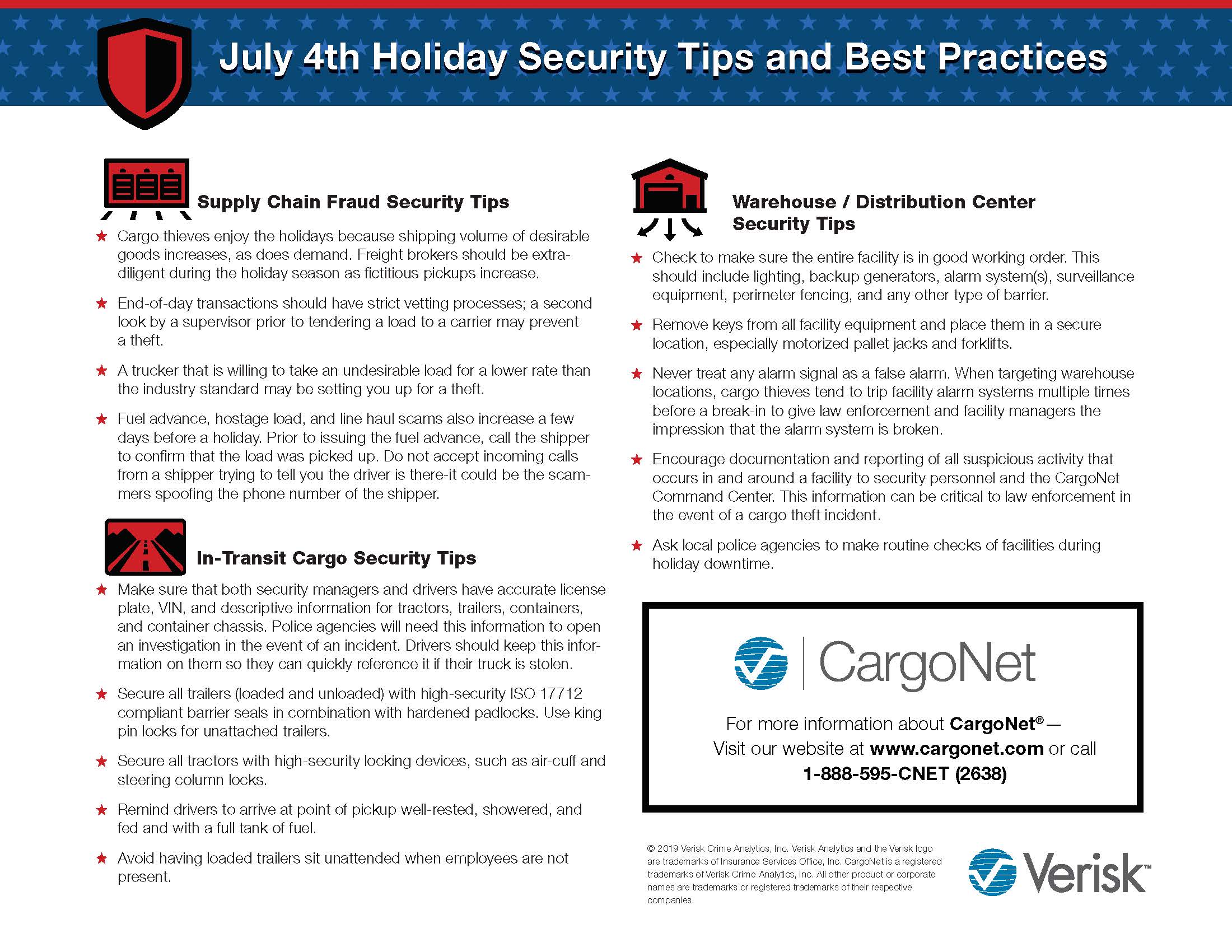