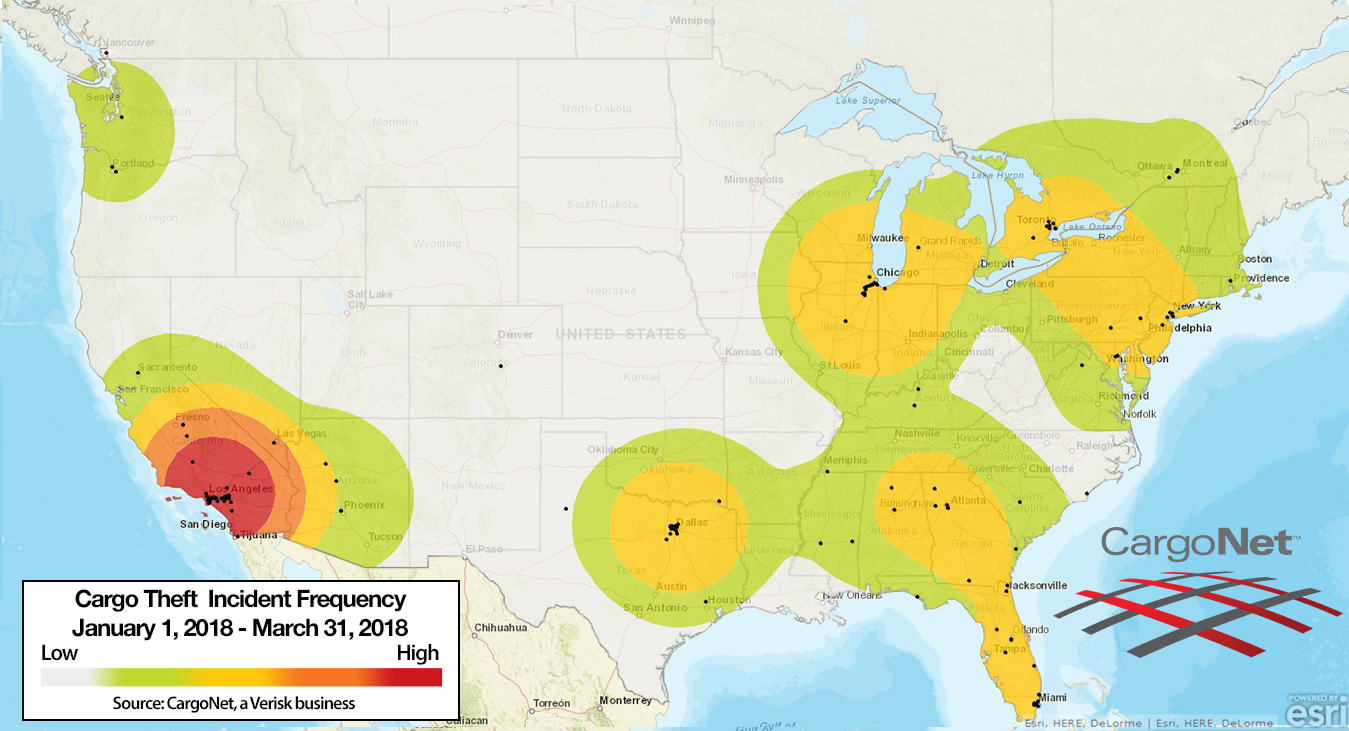 Food and beverage remained the most stolen commodity category, but thefts of this commodity decreased 39% year-over-year. Nonalcoholic beverages were the most stolen kind of food and beverage freight. Household cargo and electronics cargo were the second and third most stolen commodities. Thefts of household cargo remained the same when compared with first-quarter 2017, but thefts of electronics were up 64% year-over-year.

CargoNet® is a Verisk (Nasdaq:VRSK) business.